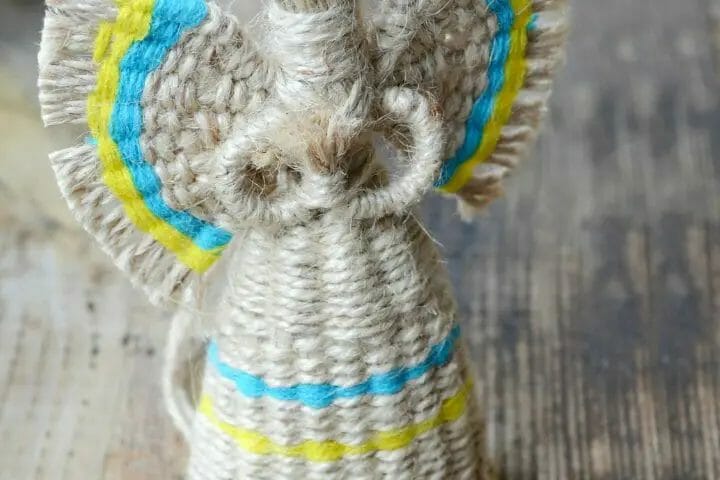 If you have ever stayed in an Amish community, you may have seen faceless dolls. So why do Amish dolls not have faces? Let’s find out.

Many people tend to have one or twin Amish dolls in their collection when it comes to handmade dolls. Unlike other cabbage dolls or others, Amish dolls do not have a nose, eyes, mouth, and fingers.

Isn’t that unusual? But have you ever wondered why Amish dolls do not have faces? Here we will explain everything about Amish Dolls that gives you detailed information about it.

In this article, you will learn:

What are Amish Dolls?

Manufacturing of Amish dolls was started in the 1930s, and since then, it has been a common playful thing for Amish children.

Amish dolls lack features because the Amish world does not accept them. Amish dolls have similar clothes to Amish children. In Amish, boys and girls are considered the same, and all of them play with dolls because Amish children do not have enough toys to play with.

Even the clothes for Amish dolls are solid colored; no designs or patterns are used for the clothes of Amish dolls. The complete body of the doll is made up of white or cream-colored fabric, and for faces, an oilcloth is used.

Using cotton and polyester batting is common to stuff the doll, but a traditional rag was used in earlier times. It is not that all Amish dolls are handmade; they are sewn by machine or hand. Amish dolls are valuables, and they cost around $1000.

When we talk about the History of Amish dolls, it is important to know that it has a great story. It is a story about a daughter and a father, with many accounts of Amish faceless dolls played by Amish Children.

And one day, an Amish girl had a rag doll who had a Christmas face, and the father was not happy with the doll; he suddenly cut off the doll’s head and said only God makes people.

The father then replaced the head of the Amish doll with a stuffed stocking that made an Amish doll with no face. And then the girl played with a faceless doll for many years. Many Amish children made their dolls with wrapped blankets on the log, and they loved playing with such featureless dolls.

While you think, who are the manufacturers of Amish dolls, it is no doubt that the sellers do not relive their name, but some of them are Lizzie Lapp and Mennonite Churches.

Out of all only, Lizzie Lapp sells Amish dolls under their name.

Why Do Amish Dolls not have faces?

If one does not know the traditions and beliefs of the Amish Community, then it is sure that you don’t know the reason why Amish Dolls do not have faces and other features like fingers, toes, and more. Before we understand why do Amish dolls not have faces?

It is important to know that the Amish are a devout Christian sector known for ignoring worldly things. In easy words, we can say that Amish people live simple lives, so Amish dolls also show the simple life of Amish people.

Amish Dolls display the aesthetic living and humble nature of Amish people. The handmade clothes by Amish are well displayed by their Amish Dolls.

The main reason why Amish dolls don’t have features is that the community is held dependent on their beliefs, even when it comes to children’s toys.

The Amish community does not want any interruptions in the face-to-face conversation between their people. They do not want to disturb the time spent with family members due to modern technologies. Amish people focus more on rural life and human labor to work. The Amish community is mostly found in certain regions of the United States, Canada, Latin America, and Europe.

What are faceless dolls called?

Faceless dolls are well known as Munecas Lime, first manufactured in the 1980s, but they have significance from the Amish community and back from the 16th century. Munecas Lime is a symbol of Dominican culture.

Do Amish Dolls Have hair?

Just like the face, Amish dolls do not have hair. It is a complete featureless doll simply made up of plain rag and simple white cloth with no hair. Their heads are covered with oily cloth or simple muslin cloth.

Why do Amish Play with faceless dolls?

Amish people believe in playing with faceless dolls because they believe that dolls can be possessed with demonic beings and can easily live in their surroundings with the help of the doll’s senses. Since dolls do not have eyes because Amish people think evil spirits lie in the eyes of dolls.

They want to save their children from evil spirits and other negativity, so this is why Amish people allow their children to play with faceless dolls.

Amish Dolls May Not Have Faces, But They Are Pretty In Their Own Way And Have a Rich History To Them

Amish Dolls are plain rag dolls who do not have eyes, mouths, and other senses. In short, we must say that the Amish community wants to incorporate their beliefs even when children are playing, so that is why Amish dolls do not have faces. If you have more questions on the topic, do not hesitate to ask them in the comments section!