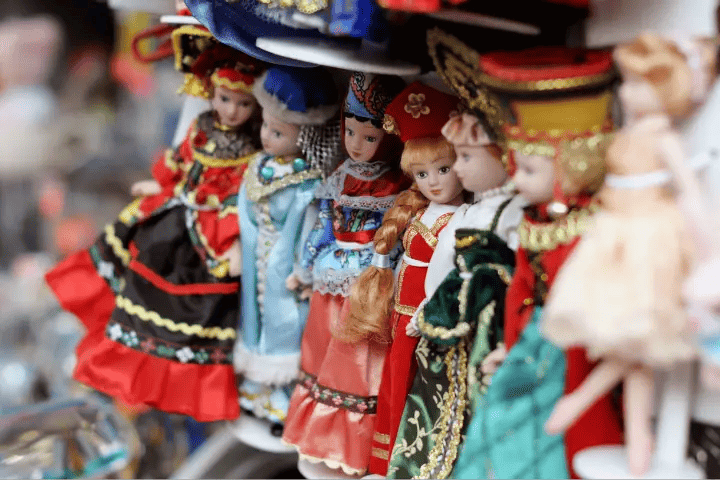 People of all ages are fond of Pullip dolls, but they are quite expensive. Let’s find out why are Pullip dolls so expensive below in this article.

My daughter loves to play with dolls. She asked me to gift her a Pullip doll on her birthday. But when I searched on the internet about the price of Pullip dolls, I found that they were way too expensive.

The dolls are pretty, no doubt but not easily affordable. I asked a couple of my fellow moms why are Pullip dolls so expensive, and no one had any real clue. It is a question that has come up in our comments section as well. I decided to get into more details and find out the answer.

I researched the internet and found that their unique eye mechanism and limited release have made them unique in the market. People are crazy about these Pullip dolls. Adults collect them to keep these dolls on their showcase, and kids just love to play with these dolls because they are so pretty!

But all this research told me one thing that it’s not wise to give these dolls to kids under 13. They will throw the dolls here and there, which may break them. Pullip dolls are delicate and require special care. These dolls are more apt for collecting, photography, or fashion modeling. The Pullip dolls are not toys that you will give your kids to play with.

In this article, I will explain in more detail about Pullip dolls and the reason why they are so expensive. So, continue reading the article for more information.

You might also like to read : How To Fix Monster High Dolls Hair: 5 Steps To Refurbish Your Doll’s Hair

Why Are Pullip Doll Expensive?

Pullip dolls are expensive because of various factors. I am describing it below.

The Pullip dolls have a unique eye mechanism that is entirely different from other dolls. They can move their eyes from left to right, and the eyelids can blink.

The other companions of the Pullip doll are Namu which debuted in the year 2004, but now it is not available. Namu can look at both sides and blink but cannot close his eyes.

Then Namu was replaced with her boyfriend, Taeyang. Till now, the company has released 50 different Taeyang. Some Taeyang can not only look sideways but also can blink and close their eyes.

Soon after, Taeynag’s sister Dal was released, who is approximately 10 inches long and can move her eyes sideways but cannot close her eyes.

After Dal, Byul debuted in the year 2008, who is the best friend of Dal. She shares the same body type as Dal. But Byul was released very sporadically and has been discontinued for many years.

Pullip’s younger brother Isul debuted in the year 2011. It can move his eye side to side, wink, and even close his eyes.

Yeolume is the future daughter of Puliip and debuted in the year 2013. She can move her eyes from side to side but cannot close her eyes.

Little Pullip is a mini version of Pullip, but they lack articulated elbows and knee joints. No doubt they are customizable, but their eyes do not move nor blink.

The Pullip dolls are more articulated in comparison to other dolls.

The Pullip doll is an Asian fashion doll that was released in the year 2003 by Cheonha. More than 200 Pullip dolls have been released since 2003. Pullip dolls are released every month, and when the release runs out, you can not find the particular doll in the market.

The dolls are also released in limited quantities, which has made them expensive in the market. But as the dolls are available in fewer quantities, people are mad to buy Pullip dolls and keep them as collectibles.

Well, the release of Pullip dolls has become sporadic since the year 2017. People waited for several months without the Pullip release in that year.

Namu is a Pullip doll that is not released by the company anymore. Taeyang dolls are released periodically, but earlier, it was released twice a month. Byul was released almost every month, but now the release has become highly sporadic. You will find two Buyl releases since the year 2013. So, people assume that the Byul is discontinued from the market.

Each Pullip doll has a unique name, face makeup, hair accessories, doll stand, and box, making them extraordinary in the market.

Pullip is an Asian doll with a large body to the head, i.e., her head is almost one-third scale while her body is nearly one-sixth scale. This doll debuted in 2003. It was first marketed by June, but the company went through some management changes in 2009 and is currently operated by Groove.

These dolls have articulated bodies and are highly customizable. Pullip customers can easily change the eye color, wig, face makeup, and various other things.

#2. Are Pullip dolls for kids?

No, they are not for kids. Their body is quite fragile, which may break while playing. So, as a parent, you should give the Pullip dolls to play with your kids.

#3. What is the most expensive Pullip doll?

Monochrome Alice is the most expensive Pullip doll till now. It will cost you nearly $450.These dolls are extremely rare, which is the only reason for being so expensive.

No Pullip dolls are not BJD. They are Asian fashion dolls, but they are in no way worse or better than BJD dolls.

Everyone cannot afford a Pullip doll. But if you are the lucky one, then it’s best to keep these dolls on your shelf or showcase. I am sure it will increase the value of your home.

But don’t give these dolls to your kids, especially those below 13 years old. They may break the doll, or your doll may have stains that are hard to remove, which may break your heart.

I hope this article is informative, and please don’t forget to share your experience if you have purchased a Pullip doll, luckily. You may share pictures of your doll. I will be glad to see the image of your doll.