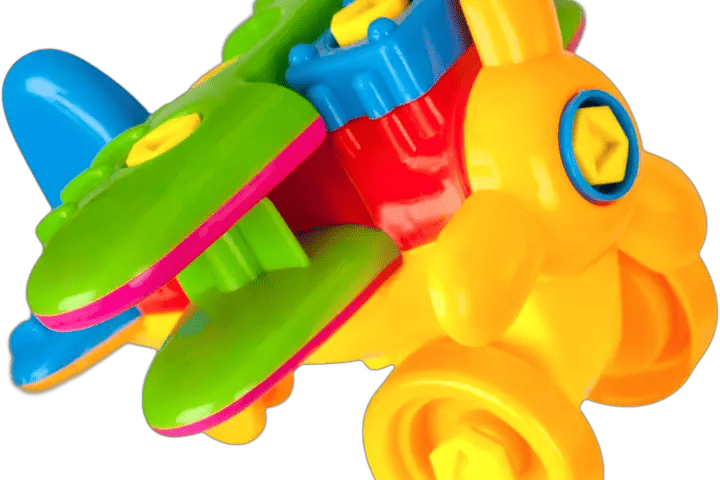 The Avengers are a fictional team of superheroes. The story of Avengers dates back to 1963 when their first comic book “#1 The Avengers” was published by Marvel Comics. The characters were created by the legendary team of Stan Lee and Jack Kirby.

The comic book soon became very popular amongst American teenagers. And the publishers, later on, published almost 50 series of Avengers comic books. In 2011 the first movie of the Avengers, titled “Captain America: The First Avenger,” was released, and soon they became the “Earth’s Mightiest Superheroes.”

Very soon, the Avengers took over the whole market by storm. And the faces of Marvel’s superheroes started emerging in the day-to-day products. T-shirts, caps, shoes, purses, stickers, bottles, you could see them everywhere, and toys were no exception.

Kids, too, love Avengers and often buy or get their figures as a gift. But have you noticed that these figures have holes in the back or the heels? Have you ever thought about what these are for? Read further to know about it! If yes, we’ve got you covered.

What Goes In The Back Of The Avengers Toys?

Some Avengers have foot peg holes, especially near the heel. These peg holes are specially made for figures that have narrow feet. Figures with narrow or small feet cannot stand on their own on the store shelf.

Hence the storekeepers easily connect these footpegs with the display stand and make the Avengers stand on their own on the shelf. Allowing the visitors to take a complete look at the product. Later, kids can also use these holes to make the avengers stand in their playroom to show off in front of friends.

Some toy manufacturers such as Hasbro reuse the molds used to make figures, including the Avengers. This way, they try to cut the cost of manufacturing toys and provide the toys to their little angels at affordable rates.

Hasbro uses some body parts again and again, because of which you will find peg holes at the back of the figures even if the figure does not use any accessory.

What Is The Rarest Marvel Legends Figure?

The Marvel Legends Blue Wasp is the rarest Marvel Legend figure. It is also known to be one of the most complex marvel figures because it has 26 point movements. If you have this figure at home, it is better not to play with it because the price of this rare marvel legend is approximately $3500 in the market.

The giant robots “Sentinels” are also rare Marvel figures. They were designed to kill mutants in X-Men comics. Later their figures came in the market with a whopping 26-inch height. Today these figures are pretty famous and can help you make nearly $900 if you own one.

Spider-man figure with ​​blue costume and vibrant red scrawls, signifying his new logo and face pattern, is also quite rare. This look of spider man comes from Spider-Man 2099 comics. The figure comes with some accessories, an articulated spider, and a standing platform. The market price of this figure is almost $500.

After the Avengers became popular, many toy manufacturers started manufacturing action figures such as Mattel, Bandai, McFarlane Toys, and NECA. Today they all are successful toy brands and manufacture some of the best action figures.

But as far as Marvel figures are concerned, there are only two companies to date who have excelled in manufacturing the Avengers’ figures. These two companies are Hasbro and Hot Toys.

Hasbro is the leader in manufacturing action figures, and four brands, namely, G.I.Joe, Star Wars, Transformers, and Marvels, have made it what it is today.

On the other hand, the major lines of manufacturing of Hot Toys are Iron Man, Predators, The Dark Knight, and Star Wars. A majority of their figures are based on movies and result in life-like representations of the major characters. If you have a lot of money to spend on toys, look no further than Hot Toys.

Is Collecting Marvel Legends Worth It?

If you are an experienced collector looking for something that adds value to your collection, then definitely “NO.” Go for something more expensive and not manufactured in large bulk.

If you are collecting the Marvel Legends because they look cool and don’t want to do anything besides decorating them on the showcase, then “yes,” marvel legends are worth collecting.

On the contrary, if you are planning to earn a fortune from your collection in the future, then “no.” It is a waste of time and money. This is because today, Marvel Legends are manufactured in bulk and are readily available everywhere at very reasonable prices. Hence, it’s better to collect something that is rare and helps you earn a fortune in the future.

The Avengers today is a household name, and you will find one, two, or an entire collection of these figures on the shelf of these houses. If you also want one such collection, you can buy them easily online.

But remember that some may, and some may not, have a peg hole at the back or on foot to stand steadily on the shelf. So when you buy them, carefully select the ones that have holes so that you can easily show them off in front of your friends and relatives.