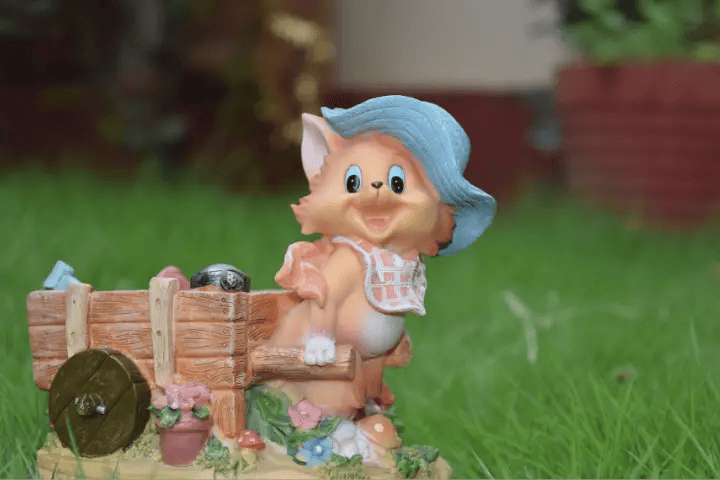 Crazy about Happy Meal Toys? Want to know more about the best Happy Meal toys of all time? Read on to find out answers to many popular questions that collectors of McDonald’s toys have.

Are all meals as happy as they should be, or is your child throwing tantrums when it comes to eating food? On the contrary, the sound of McDonald’s Happy Meal is music to every child’s ears. Apart from fulfilling the hunger pangs, the meal is packed with happiness.

So, what makes happy meals the most sought-after meals? A surprise toy gift in McDonald’s Happy Meal makes them the most comfortable.

What Is The Oldest McDonald’s Happy Meal Toy?

When you take a trip down memory lane, the oldest McDonald’s Happy Meal toy will make you nostalgic. A meal that hides a complimentary toy in the box is bound to make anyone happy.

Viewing the popularity of Ronald, the eatery introduced its famous brand mascot as a toy model as a complimentary gift in its meal in 1970. Children grew fond of McDonald’s meals. In 1979, Happy Meals were officially introduced to attract young consumers, which boosted the business.

Since then, a figure or a toy in a kid’s meal has become McDonald’s tradition. It made Ronald go down in history as the oldest McDonald’s Happy Meal toy.

What Is The Rarest McDonald’s Toy?

Before taking a bite into your fries and burgers, you probably dug in to find McDonald’s toys. But if you have missed any of the iconic collections, here is an opportunity to catch a glimpse of the rarest McDonald’s toy.

Call it a coincidence or a strategic collaboration, McDonalds launches its figures around the same time as the event or movie release. McDonald’s toys were an excellent medium to promote movies, TV shows, video games, books, and festivals.

After introducing Ronald McDonald as its first toy, Eraser toy figures were one of the best Happy Meal collectibles. In 1979, McDonald’s rubber figures, such as zoo animals, robots, and monsters, were used as erasers. Diener Keshi figures are one of the rarest McDonald’s toys.

In 1982, McDonald gave the rarest Playmobil toys with its Happy Meals. However, the risk of choking hazard for 3-year olds lead to the discontinuation of the toy. Keeping children’s safety in mind, McDonald collaborated with branded toy manufacturers.

Mattel’s Barbie dolls and Hot Wheels cars were rarely available as complimentary toys. In 1983, McDonald and Mattel established a formal partnership. Together they won many young hearts.

Gearing up the little ones, McDonald also encouraged avid readers by swapping books for toys. In 1986, it offered traditional Happy Meal toys with four stories from “An American Tail.”

What Are The Best Happy Meal Toys Of All Time

There have been a lot of toys that have been included with the McDonald’s happy meal. Not all of them got the same appreciation and popularity as the others. Some have been a catch, and some have been a miss. Let us have a look at some of the best happy meal toys of all time.

Teenie Beanie Babies are miniature replicas of beanie babies. They were trendy among the kids during the 90s. Lion king stuffed toys in the year 1998 that were launched to promote the remake of the 1995 film. Kids used to love these toys.

Other popular happy meal toys based on Disney characters are- Mickey’s birthday and Oliver and company, Chip n Dale rescue rangers, and the character from the movie little mermaid in 1988 and 1989.

Another popular toy in Happy Meals was a set of six dinosaur toys that moved when a button was pressed were introduced in 1993. For children under the age of three, there was a separate dinosaur toy.

One interesting series of toys that were introduced in the Happy Meals was changeable. There were different ranges of toys under this series. The toys were shaped like food items from the menu of McDonald’s, like fries, burgers. When refigured, they can transform into a robot, dinosaur, or any other creature.

The popularity of Barbie dolls never seems to be downcast, and when Barbie dolls were introduced in the McDonalds Happy Meal in 1991, they were a craze among girl kids.

Hot Wheels were another popular Happy Meal toy from 1983 to 1990 and a status symbol among kids as to who owns most of them.

Another famous toy line introduced in the happy meal was my little pony in the year 1985. You would get a toy with colorful manes and bodies. Two television series and a movie were based on this toy because of its popularity among the kids.

Hello Kitty was also one of the best happy meal toys of all time. You can determine its popularity because it got introduced in the Happy Meal several times with different outfits and accessories.

Tamagotchi Keychains were also very popular as Happy Meal Toys. These come like a plastic egg keychain and inside each egg was a toy or game.

Another best Happy Meal toy of all time would be Happy Meal Cars. They were not like other toy cars. They were shaped like the food items on the menu of McDonalds or even in the shape of the McDonald’s restaurant.

Are Unopened Mcdonald’s Toys Worth Anything?

Mcdonald’s happy meal toys are a great deal for kids. While they are available for free with the happy meal, some collectors are willing to pay a lot for the toy. If you own a Mcdonald’s unopened toy, it can sell anywhere from around $60 to $100.

The more valuable McDonald’s toys are the limited edition toys that were available for some time with happy meals or toys that are significant in some other form like a movie or tv show.

If the toys you own are some of the rarest McDonald’s toy sets, you can get upto $500 if you own the complete set. Some rarest and favorite happy meal toys have a record of selling as high as $200 for a Pokemon trading card, and the complete set is far more valuable.

McDonald’s has been serving happy meals with gift toys for more than 40 years. And if you are someone who is under the age of 40, it is most likely that you have coaxed your parents into buying a happy meal. We often find a toy figurine from the happy meals in our basement or old storage boxes.

Did you know that the toys from the happy meals are worth so much? If you own a toy that is famous or rare, then you can get good money for it. Let’s look at some of the most valuable happy meal toys.

The Furby is two different sets of toys in happy meals, and both were immensely successful. Despicable Me Minions from 2013 and the Potato head kids from 1987 can fetch you $30 to $35 online. The second toy range of Furby keychains from 2000 can get you around $100 for a whole set of 12 keychains on online resell websites.

Any kid from the 90s would remember Super Mario, the most popular game of that time. It had to be included as a toy in happy meals. In the 1990s, a set of four super Mario characters were introduced in happy meals, and they were trendy.

If you own a complete set of super Mario toys, you can get as high as $250 for it online. Even a single piece of the set can fetch you anywhere between $60 to $70.

The 101 Dalmatian figurines were introduced in the happy meals during the year 1997 to 1998 for the promotion of the movie. You can get one piece of the toy with every happy meal, but there was also a chance of winning a complete set of the toys. A complete set of dalmatian toys can get you around $200- $250 today.

You might also like to read : When Does Walgreens Restock Toys? What’s The Best Time To Buy?

Star Wars figurines were also popular when they were introduced in the happy meals in the year 2008. There were 18 different toys, and owning a complete set can have a value up to $200. There was a collectible box of nine pieces, and even that can get you around $120.

To celebrate the 50 years of Mcdonald’s, they introduced the set of Snoopy toys into the Happy Meals in the year 1998. It was a collection of twenty-eight figures, and there was a case designed as Snoopy’s house.

Fraggle toys based on the puppet TV series were introduced to the Happy Meals in the year1983. They were so popular among kids and are so rare to find these days. If you own a set of the four Fraggle toys, then you can get around $300 for them.

In 1979, Diener Keshi designed robots, and underwater figurines that were toys and erasers were also popular among kids. With them being so old and rare to find, even a loose set of these toys can get you around $100, and a sealed set is worth more than $400.

The power rangers introduced in 1994 were also very popular among kids, and if you own a complete set of power rangers with the vehicles, it is worth $350.

The most valuable Happy Meal toy is the Pokemon 25th-anniversary pack which was released in 2021. Even a single card is worth $200, and considering that it is a part of a set of cards, the worth is so much more.

Answers To Even More Questions About McDonald’s Happy Meal Toys

What is in a McDonald’s Happy Meal?

There are several different options in the McDonald’s Happy Meal range that you can get. Most of them would have either a burger or chicken nuggets as the main dish, with fries and apple slices as the sides. The happy meal also has a drink like chocolate milk or anything else.

The most important part of a McDonalds Happy Meal, which makes it a popular choice among kids, is the toy that comes free.

Do happy meals still have toys?

Yes, happy meals at Mcdonald’s still come with a surprise toy inside. However, McDonald’s is switching out plastic toys to toys made with recycled, renewable, or certified materials.

McDonald’s happy meals are a fond memory that most kids during the 70s, 80s, 90s have. Not only did you get a full meal but also a free toy with it. What could be better for any kid? Many of us still own a toy or two from the happy meals.